Energy Subsidies vs. Energy Sense: What Have We Learned in the Past 3 Years?

The U.S. Department of Energy publishes periodic reports (see the latest) on federal government subsidies to energy production in the U.S.  These reports total up the costs of direct financial support for various energy technologies, tax incentives, research related to marketing and implementation and price support.

Tax Expenditures – $16.3 billion. Provisions in the federal tax code that reduce the tax liability of firms or individuals who take specified actions that affect energy production, consumption, or conservation.

Research and Development (R&D) – $4.4 billion. Federal expenditures aimed at a variety of goals, such as increasing U.S.… 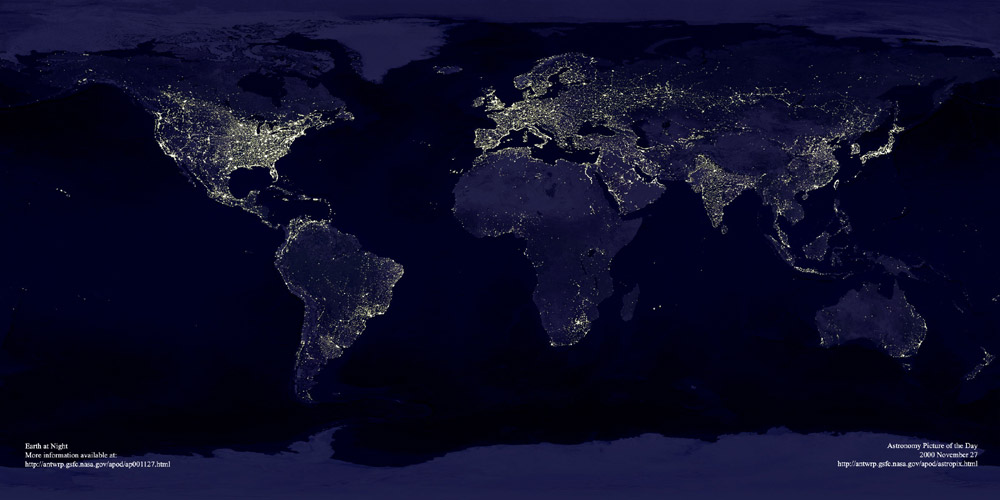 When you fly overnight from Johannesburg to Europe the lights thin out just north of Lusaka, Zambia, a few more in Zambia’s Copper Belt and then nothing (and I mean nothing) until the North African coastline. …

My post last week evaluated the claim that wind generation can save money for power pool customers.  It was found that the supposed savings could be realized only if the elephant in the room – the above-market feed-in tariff – was ignored.  In other words, consumer payments for electricity from a power pool was half of the story; the real price had to include the consumer-qua-taxpayer funding of the feed-in-tariff (FIT).

And with this two-part scheme, games are played. Wind generators can bid a low price into the pool only to receive a higher FIT, which gives them an incentive to underbid. This might reduce the pool price but not overall cost to Germans for electricity.

If a generation resource is a good investment for its developers then it must return a profit to them. …

The Beginning of the End for Cap-and-Trade? (BP America, Conoco-Phillips, and Caterpillar bolt) (UPDATED)

Big Wind: How Many Households Served, What Emissions Reduction? (Part 2)

Big Wind: How Many Households Served, What Emissions Reduction? (A Case Study, Part 1 of 2)

Busting the “Clean Energy Bank” (another problem with Waxman-Markey)

Should Nuclear Power Qualify as “Renewable” in the RPS/RES Debate?