MasterResource, a free-market energy blog, turns six years old on December 26th. We thanks our contributors, readers, and parent (Institute for Energy Research) for their continual support. We will resume publication on Monday January 5th. 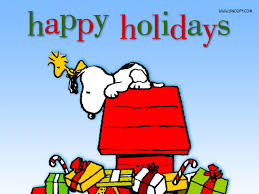 “What the commodity markets are telling us is that we’re living in a finite world, in which the rapid growth of emerging economies is placing pressure on limited supplies of raw materials, pushing up their prices…. [P]eak oil has arrived.”

“[R]esource constraints are becoming increasingly binding. This won’t bring an end to economic growth [but] … will require that we gradually change the way we live, adapting our economy and our lifestyles to the reality of more expensive resources.”

And a role for peak government to manage peaked commodities.…

“Neither we nor our homes are threatened by wind turbines. We do not live in proximity to industrial wind power generation plants. We are independent but compassionate observers who have undertaken our own investigation. We think this issue is one of fairness and human rights.”

Numerous grass-root websites have sprung up in the last decade to challenge the government-driven industry of industrial wind turbines. In Australia, Stop These Things is a leader. Regular posts at this website update wind-related developments. Featured portals are Experts, These People Get It, and These People Don’t.

The About Section, reprinted below, describes a real environmental group that is against corporate welfare. With the religion of global warming, it is a shame that Stop These Things is not embraced as clean-and-green by more environmentalists in Australia.…