“Electrification calls for a massive societal transformation from gasoline to electric vehicles, from traditional power plants to wind and solar generators, and from gas heating to electric and heat pump systems. There is no evidence that this transition will have any measurable effect on global temperatures. But electrification will produce substantially higher energy prices.”

“Electrification” is the new buzz word touted by climate fighters and environmental groups. Where electrification once meant providing electricity to people, today it often means elimination of traditional fuels. But the only tangible result of green electrification policies will be higher energy prices.

Proponents of electrification intend to force transportation and heating and cooling systems to run on electricity, and eliminate the use of hydrocarbon fuels. Electric cars, electric furnaces and water heaters, and heat pumps must replace gasoline-powered vehicles and gas-fueled appliances. In addition, wind or solar systems must supply the electricity, not power plants using coal or natural gas, in order to reduce greenhouse gas emissions.

California’s 2017 Climate Change Scoping Plan calls for a 40-percent reduction in greenhouse gas emissions by 2030 and an 80-percent reduction by 2050. Goals call for 4.2 million plug-in electric and plug-in hybrid cars on California roads by 2030, up from about 300,000 today. The plan also calls for electrification of space and water heating. 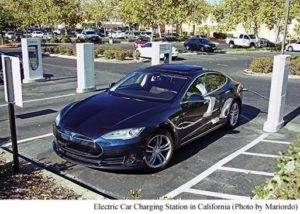 Utility Southern California Edison (SCE) recommends an even more aggressive plan. The SCE “Clean Power and Electrification Pathway” plan calls for 7 million electric cars on California roads by 2030 and for one-third of state residents to replace their gas-fired furnaces and appliances by 2030.

Nine other states promote adoption of electric cars as part of a broad electrification program. New England states are exploring “strategic electrification” in order to meet tough emissions reduction goals. In most of these efforts, cost to consumers is rarely discussed.

Electrification has become a global quest. Germany, Netherlands, Norway, and the United Kingdom propose to ban sales of internal combustion engine cars by 2040. The Dutch government proposes to eliminate gas as a source of heating and cooking from all homes by 2050. Amsterdam, Rotterdam, and Utrecht announced intentions to become “gas-less neighborhoods.”

Electrification will be expensive. Most Americans don’t want electric cars. Large subsidies from taxpayers and mandates on auto companies and consumers will be required to force adoption. Furnaces and appliances powered by heat pumps, solar, and electricity are almost always more expensive than using natural gas or propane models.

A 2017 study by the New York State Energy Research and Development Authority found that only four percent of the state’s heating, ventilation, and air conditioning load could cost-effectively switch to heat pumps. The study recommended mandates to place an obligation on businesses and consumers to “source a certain portion of their heating and cooling load from renewable sources.”

According to proponents of electrification, to reduce greenhouse gas emissions the sourced electricity must come from renewables. Therefore, all electrification programs promote wind and solar generation systems, backed up by battery storage.

Today, the US is blessed with very low electricity costs. In 2016, the average wholesale electrical price, which is the price paid to generating facilities, ranged from only 2.3 cents per kilowatt-hour in the Pacific Northwest to 3.6 cents per kW-hr in New England. Coal, natural gas, nuclear, and hydroelectric, our traditional sources of power,delivered more than 90 percent of this low-cost electricity. Only 6.4 percent of our 2016 electricity came from wind and solar.

Actual costs of wind and solar systems tend to be hidden from the public, but when disclosed, can be hideously expensive. The California Solar Ranch, which began operation in the Mojave Desert north of Los Angeles in 2014, delivers electricity at over 15─18 cents per kW-hr, more than four times the market price. The 2013 Massachusetts solar build-out was the result of a 25 cents per kW-hr subsidy paid to commercial solar generators, boosting the total solar price to almost 30 cents per kW-hr.

But the Deepwater Wind Block Island project of Rhode Island takes first prize for outrageous renewable electricity cost. The five-turbine offshore system went into operation in 2016 at a contracted price of 23.6 cents per kW-hr, with an annual increase of 3.5 cents, placing the future price at over 40 cents per kW-hr. Who wants to pay ten times the market price for any product?

According to the Energy Information Administration, on average US electricity prices increased less than five percent during the eight years from 2008 to 2016. But over the same period, prices in nine of the twelve top wind states climbed between 13 and 37 percent, significantly higher than the national average increase. Commercial wind and solar systems are typically built far from cities, requiring new transmission lines, with costs passed on to electric rate payers. If electrification is adopted across our nation, look for escalating electricity prices.

Electrification calls for a massive societal transformation from gasoline to electric vehicles, from traditional power plants to wind and solar generators, and from gas heating to electric and heat pump systems. There is no evidence that this transition will have any measurable effect on global temperatures. But electrification will produce substantially higher energy prices.

Steve Goreham is an active speaker and writer on environment, business, and public policy. He is author, most recently, of the critically acclaimed primer, Outside the Green Box: Rethinking Sustainable Development.