“Hydrocarbon fuels will remain essential for modern air travel. So-called sustainable aviation fuels are expensive, produced in negligible volumes, and provide CO2 savings only on paper. As such, they fail the real sustainability test of affordability, plenty, and reliability.”

Air travel is a miracle of our modern society. In 1620, the pilgrims took 65 days to cross the Atlantic Ocean by sailing ship and two passengers died during that hazardous journey. Today, a single jumbo jet safely transports more than 300 passengers from London to New York in under eight hours. Millions flew to see loved ones this last Christmas. But jet planes burn hydrocarbon fuel, an energy source under attack. 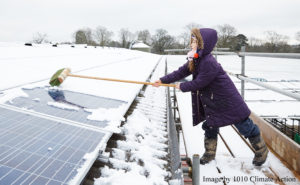 Are US Vehicle-Mileage Standards Obsolete?