Betting the House on Plant Vogtle 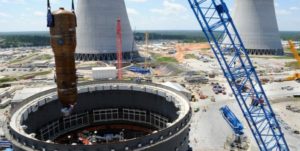 [Editor Note: The touted nuclear power renaissance in the United States has been stymied by engineering, procurement, and construction problems with new-generation plants, namely Westinghouse’s AP1000 design. With yet another recently announced cost overrun, two minority owners of Plant Vogtle III and IV must soon decide on whether to continue with their investment with another ante-up for what was originally estimated to cost $14.3 billion (with a four-year construction period) that is now estimated by the majority owner to cost $25 billion with years still to run.

The author below reports on the latest developments for the two Vogtle Units and provides the framework for an unbiased, probability-based model that can be used by the minority owners to support their upcoming decision on the project.]

“The reluctance to cancel this project stems from the fact that so much has been expended to date.