Energy Regulation in the States: A Wake-Up Call

“Local environmental regulators say they will press ahead in their battle against global warming whether or not Congress strips U.S. EPA of its authority to regulate greenhouse gasses. State and local officials from New York and New Jersey also predicted that new greenhouse gas-curbing rules regulating industries would continue even if Congress approves federal climate legislation.”

Affordable energy is under assault at all levels of government. But while much attention has focused on federal efforts that are certain to increase the cost of energy (e.g. Waxman-Markey, Kerry-Graham-Lieberman) far less scrutiny been paid to the concerted efforts at the state level to achieve similar goals. The Institute for Energy Research’s report Energy Regulations in the States: A Wake-up Call fills the void and highlights the programs anti-energy activists are promoting in the states.

The report is available here and an interactive map showing electricity prices and other select economic and energy data is here. 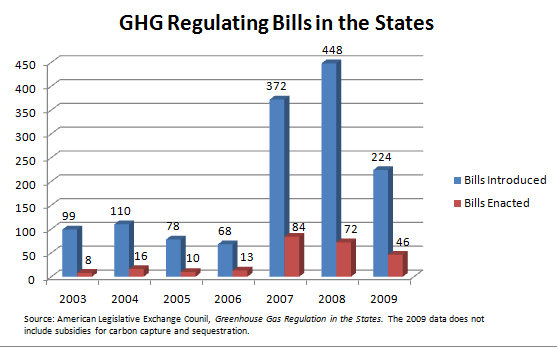 These include programs such as:

The map below shows energy sources and prices per state in comparison to the rest of the nation. Such data is a starting point for reviewing and understanding energy policy state-by-state with an eye towards free-market reform to put consumers in charge of their energy future. 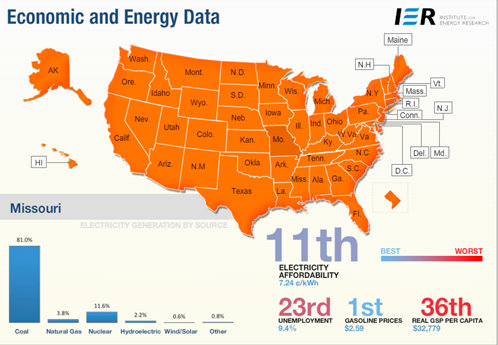