Editor’s note: This is Part III of a five part series that provides an essential basis for the understanding of energy transitions and use. The previous posts in this series can be seen at:

Boilers of electricity-generating stations burning coal can be converted to burn liquid or gaseous hydrocarbons (fuel oil, even crude oil, and natural gas) and such conversions were fairly common during the 1960s and the early 1970s. Burning natural gas rather than coal has clear environmental advantages (it generates less, or no, sulfur dioxide and no fly ash) but the overall conversion efficiency of the boiler-steam turbogenerator unit changes little. In contrast, gas turbines, particularly when coupled with steam turbines, offer the most efficient way of electricity generation. This results in much higher power densities than is the case with coal-fired plants. Overall densities of the fuel extraction and electricity generation process are also kept high because of the relatively high power densities of natural gas production (depending on the field they vary by more than an order of magnitude, with minima around 50 W/m2, maxima well over1 kW/m2) and even more by the fact that new gas-powered generation often does not need any major new infrastructure as it can tap the supply from existing fields and pipelines.

Gas turbines were first commercialized for electricity generation by Brown Boveri in Switzerland during the late 1930s but in the US their installations became common only during the late 1960s, spurred by the November 1965 US Northeast blackout that left 30 million people without electricity for up to13 hours. Nationwide capacity of gas turbines rose from just 240 MW in 1960 to nearly 45 GW by 1975, a nearly 200-fold rise in 15 years. This ascent was interrupted by high hydrocarbon prices (as well as by stagnating electricity demand) but it resumed during the late 1980s. By 1990 nearly half of the 15 GW of all new capacity ordered by the US utilities was in gas turbines and by 2008 almost exactly 40% of the US summer generating capacity (397.4 GW) was installed in gas-fired units, either single- or combined-cycle gas turbines (CCGT). Unlike a single gas turbine that discharges its hot gas, CCGT uses the turbine’s hot exhaust gases to generate steam for a steam turbine, boosting overall efficiency. While the best single gas turbines can convert about 42% of their fuel to electricity, CCGT convert as much as 60% and are now the most efficient electricity generators.

Their other obvious advantages in comparison to coal-fired units include their small footprint; rapid response (they can full power in minutes, making a perfect choice for peak-load operations); fuel flexibility (they can burn gaseous and liquid fuels); high reliability; availability in a wide range of capacities, from less than 1 MW to more than 500 MW for CCGT (Siemens now has a 340-MW turbine that will produce 530 MW in combined cycle arrangement, GE’s MS9001H comes close with 480 MW); and convenient maintenance. Gas turbines can be also deployed rapidly: Pratt & Whitney’s 25 MW MOBILEPAC (belonging to a popular class of aeroderivative machines, essentially grounded jet engines) moved on two trailers, is ready in 8 hours. 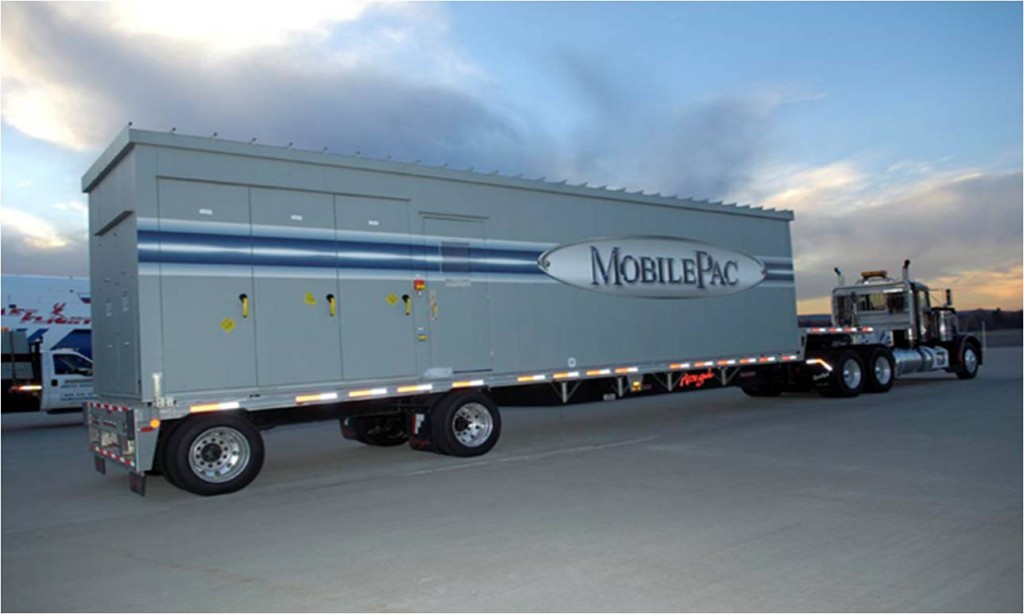 P&W’s MOBILEPAC, 25 MWe (a modified FT8 jet engine) on a trailer: the most compact and nearly instantly installable multi-MW electricity generator on the market.

A 25-MW mobile gas turbine can occupy as little as 140 m2; with its control trailer, access roads, fuel and electricity connections and a perimeter buffer, it could still fit within a 40 x 15 m rectangle. P&W’s 60 MW SwiftPac (and its control housing) erected on concrete foundations needs less than 700 m2 and it can be ready to run in 21 days. 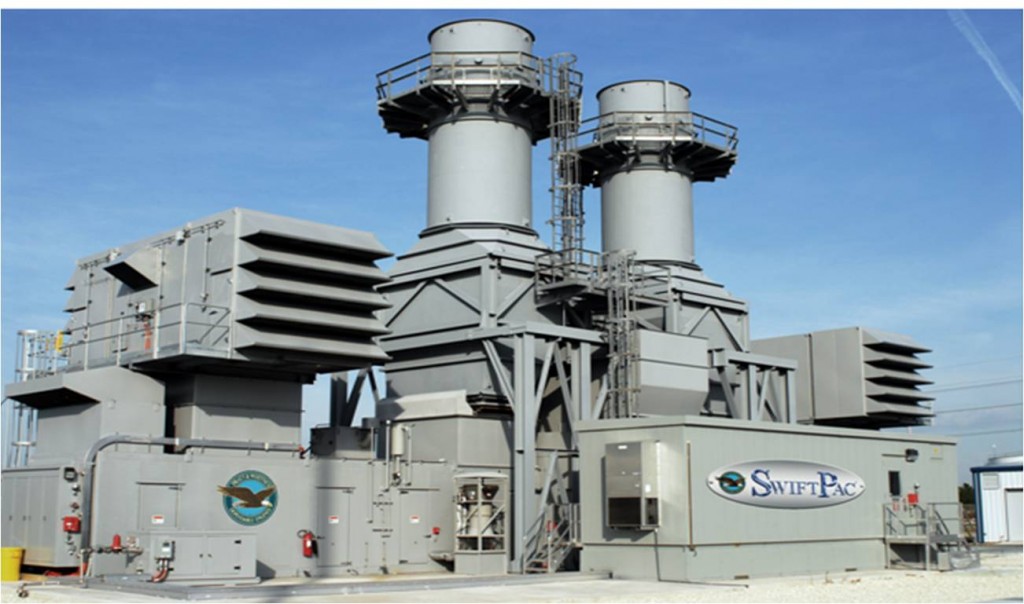 Compact size of powerful gas turbines means that multi-unit installations can be easily accommodated within the existing sites of established electricity-generating stations. By turning to gas turbines as their dominant way of new capacity additions, utilities in Europe and North America have eliminated the necessity of contentious application and approval processes for new plant sites. Didcot-B in Oxfordshire is a perfect example of this option. This 1.360-GWe gas turbine plant was built between 1994 and 1997 within a larger pre-existing site of Didcot-A, a 2-GWe coal-fired station completed in 1968. Construction of that large coal-fired plant had created a great deal of local opposition, but a gas-fired plant of more than two-thirds of the coal plant’s capacity was accommodated without any problems within the original plant’s area, occupying less than 10% of the entire site. Alternatively, gas turbine plants can be fitted into odd spaces within urban areas. 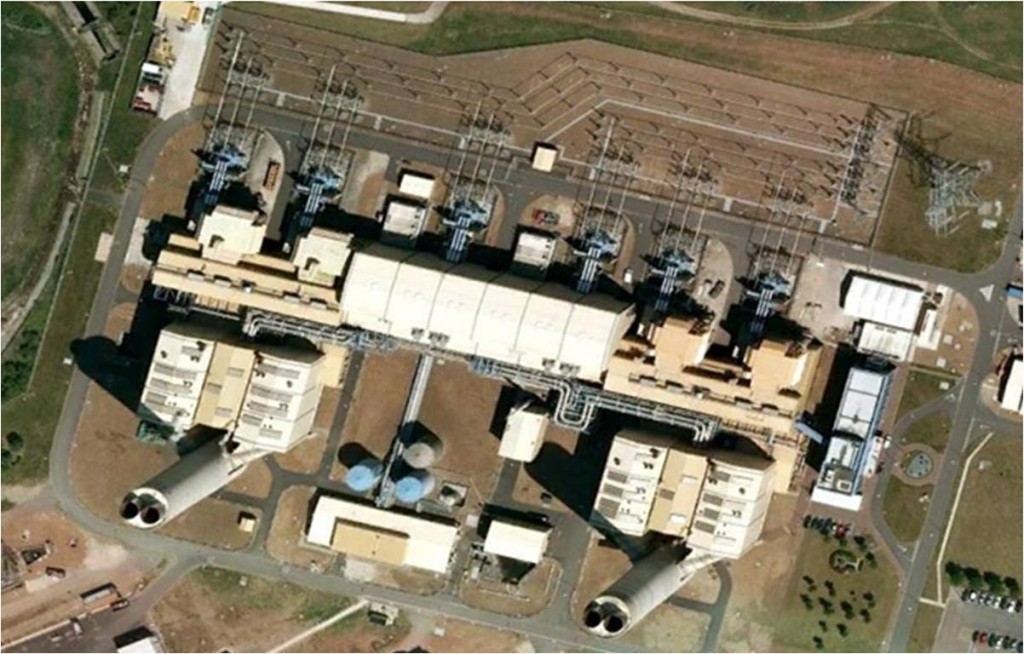 No other modes of large-scale electricity generation occupy as little space as do gas turbines: besides their compactness they do not require any fly ask disposal or flue gas desulfurization. With an average load factor of about 40% (recent US mean), mobile gas turbines generate electricity with power densities higher than 15 kW/m2 and large (>100 MW) stationary set-ups can easily deliver 4-5 kW/m2. 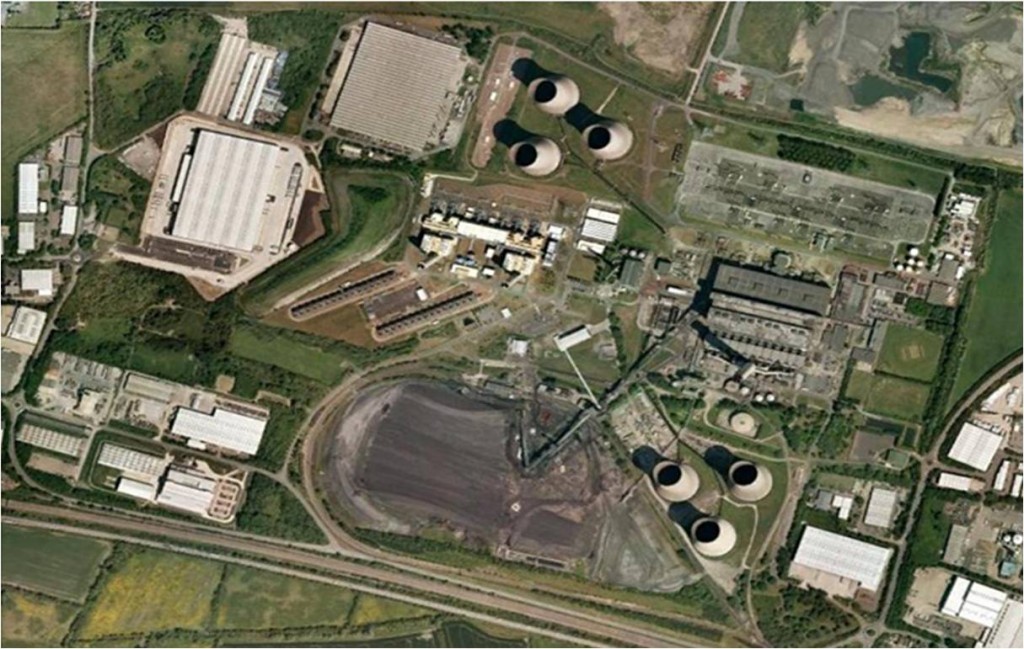