The War on Pipelines: The Radical Left Goes Midstream

“Blocking the construction of pipelines is endangering all Americans, because pipelines are the safest method for transporting oil, natural gas and other petroleum products, such as gasoline, and because both oil and natural gas are vital to the safety and economic health of all Americans.”

The political left is fighting hard to prevent the building of pipelines. Currently, the most noisy protest has been to prevent the construction of the Dakota Access Pipeline in North Dakota. This pipeline is being built to transport oil from the Bakken shale oil fields to an Illinois refinery.

The Climate Disobedience Action Fund temporarily shut down five other pipelines in support of the group protesting the Dakota Access pipeline.

The name of this group, i.e., Climate Disobedience, actually defines the real purpose for all the attempts to shut down oil and natural gas pipelines.

These groups are attempting to impose their views on climate change on the rest of Americans.

They are opposing natural gas pipelines, because natural gas is actually methane, a greenhouse gas.

They are, for example, opposing the Vermont Gas Systems pipeline in Addison County, Vermont. 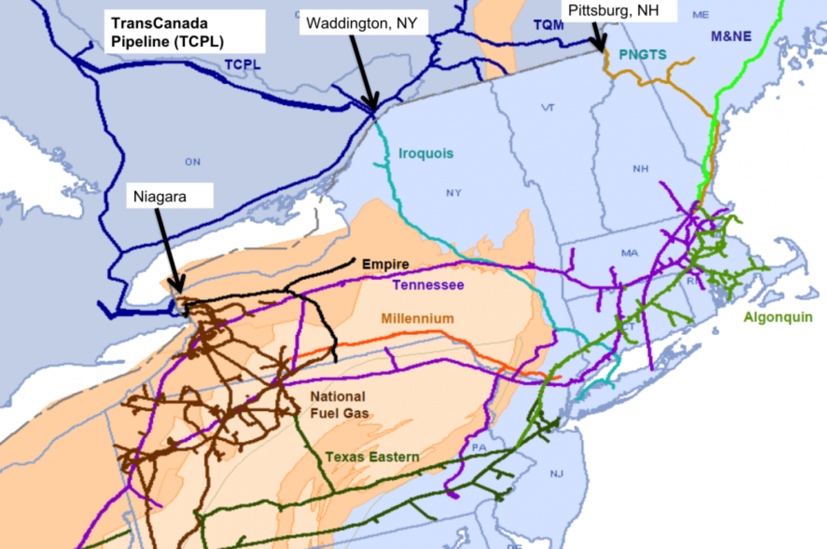 Typically, other reasons are cited as to why pipelines shouldn’t be built. In North Dakota, it’s the possibility there may be Indian artifacts in the area, and that the pipeline, which is going under the Missouri River, might cause water contamination.

From an article in the Wall Street Journal:

In Vermont, the protesters say the gas would come from Canada where fracking was used to extract the natural gas.

But, at the core of the protests is the idea that oil and natural gas affect the climate. These protesters ignore some important facts.

Blocking pipelines from bringing natural gas to New England power plants is endangering those living in New England with the potential for blackouts.

The law requires that homes have first priority on natural gas, so power plants might not be allowed to burn natural gas in the winter for a protracted period of time when temperatures are freezing.

The idea that CO2 and methane are the primary cause of global warming and climate change is being discredited by scientists in many parts of the world. The book, Nothing to Fear, explains why the sun may be the more likely cause.

Blocking the construction of pipelines is endangering all Americans, because pipelines are the safest method for transporting oil, natural gas and other petroleum products, such as gasoline, and because both oil and natural gas are vital to the safety and economic health of all Americans.