That starts to talk about a plan. He’s going to fund something to start something…. Make a plan … and do something different.

And low and behold, Pickens is crusading with yet another energy plan, his third in the last six years. As before, his animus is against Big Oil (see Appendix) and his fondness for personal dollars.

Pickens Plan III proposes that the federal government sell oil from the Strategic Petroleum Reserve (SPR) to jump-start the costly transition from oil to natural gas to fuel transportation. We don’t know the details yet, but T. Boone in March began pushing his new plan in the national media and local press.

Pending a legislative proposal with the specifics, two points can be made. First, the federal government should not be in the business of picking fossil-fuel winners. Second, the idea of selling federal oil should be elevated to a national debate to privatize the SPR to both reduce the federal budget and demote Washington from the day-to-day energy market.

In a March Politico editorial, Pickens introduced his new idea of selling federal oil to underwrite the (costly) refueling equipment needed to entice truckers and motorists to switch to natural gas. In his words: “Use SPR funds to build the infrastructure necessary to support true competition in the transportation fuels marketplace.”

But if this changeover was really economic, why shouldn’t Pickens’ own Clean Energy Fuels Corporation take the risk and reap the rewards? A company map shows that this company is already in the thick of things, SPR oil aside. 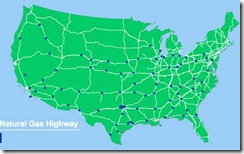 Pickens Plan II, also with Clean Energy Fuels Corp. in mind, centered around a $65,000 tax credit to convert 18-wheelers from diesel to natural gas. The New Alternative Transportation to Give Americans Solutions Act of 2011 (Nat Gas Act) died last year, so a new Plan was needed. Given sequestration and the budget crisis, Pickens cleverly identified a dormant federal revenue source to fund his pet project, this time going from the demand side to the supply side.

Pickens Plan III, like Pickens II, is right out of the 1970s.[1] As T. Boone wrote recently in the Omaha World-Herald:

Right now, when it comes to America and our effort to achieve greater energy security, we’re a foolish nation without a plan…. Free marketers will tell you they don’t want government picking winners and losers [but] … we’re choosing OPEC oil.”

Government programs to insulate U.S. consumers from imported oil, and OPEC supply in particular, are perennial failures. The multi-billion-dollar SPR public investment, based on the same argument, has scarcely born fruit. And Pickens ignores an emerging new world order with petroleum, with the U.S. at the forefront, that makes his case weaker by the week.

“To put it plainly, T. Boone Pickens is out to save America,” stated Carl Pope of the Sierra Club in the heady Pickens Plan I days. Pope is now retired, and successor Michael Brune has had the Sierra Club declare war on natural gas and go all-in with windpower (the Cuisinarts of the Air).

Two plans later, Pickens is playing small ball. But the business icon continues to profess allegiance to real capitalism (“When it comes to free markets, I count myself as a true believer and a champion,” he states).

But the Texas energy notable is an example of a capitalist against capitalism. His repeated calls for from-your-pocket-to-mine energy subsidies bring to mind a harsh verdict by the late Milton Friedman: “The two greatest enemies of free enterprise in the United States … have been, on the one hand, my fellow intellectuals and, on the other hand, the business corporations of this country.”

Indeed, one wishes for the old T. Boone who took a stand against oil tariffs in 1986 when most independent producers (and independent refiners) favored protectionism. One longs for the prior Boone who once proudly stated: “The government doesn’t step up and say, ‘Now, how much do you need for giving it a try, fella?’ That’s why America is so far superior to the rest of the world’s economies.”

May Pickens III go the way of Plans I and II. And may T. Boone henceforth live up to his own words (circa 1987):

I believe the greatest opportunity lies in a free marketplace. There are powerful forces afoot trying to restrict that freedom in the interests of the vested and already wealthy. I am talking about a relatively small collection of corporate executives who would use the engine of American commerce for their own narrow ends.

Appendix: The “Monster” of Big Oil

A review of T. Boone Pickens career in energy offers an explanation of why he has spent tens of millions of dollars of his own money on anti-oil messaging. Here is what I wrote in my Wall Street Journal review back in 2008:

Why is Mr. Pickens pushing this energy plan so hard, aside from the supposed good of the nation? The most obvious reason is that his Clean Energy Fuels Corp. — invested heavily in natural-gas dispensing stations — would be a big winner. Mr. Pickens also has on the drawing board a $10-billion wind-power project — “the biggest deal of my career.”

Another reason, one suspects, is a desire to reclaim the kind of folk-hero status that Mr. Pickens lost after Mesa’s fall. He might become the “greenest” energy man since Ken Lay was at Enron and Lord John Browne rebranded the “BP” of British Petroleum to mean “beyond petroleum.”

A third reason is less obvious. Mr. Pickens refers to Big Oil as “the monster.” Why such an animus toward an industry that has been at the forefront of the American dream? As it turns out, both Mr. Pickens and his father (a failed independent) spent unhappy years at Phillips Petroleum. During the takeover battles with Big Oil, Boone was professionally and personally smeared and was ultimately denied his dream job: running an integrated major. He also links Mesa’s fall to overdrilling by the cash-flush majors.

I invite historians or Mr. Pickens himself to challenge his interpretation. It is important because no oilman in history has personally spent the time and money on such a crusade.

[1] In 2008, T. Boone proposed to erect multitudinous wind turbines to generate electricity in order for displaced natural gas to replace gasoline and diesel in the transportation market. Pickens Plan I did not get off the political ground, and Pickens crusade evaporated when his $10 billion wind power project stalled.