America's Bounty vs. Federal Frac Rules: Will We Lead or Lag the World?

Articles on this blog have consistently made the point that shale gas in the U.S. represents an unprecedented pathway to abundant, low-cost, clean energy supplies. In previous posts it was noted that unconventional gas resources, combined with new production technologies, could potentially break the global oil-natural gas price bond, just as has happened in the U.S.

Shale gas is now subject to active exploration in England, Australia, Poland, Ukraine, China, India, and to a lesser extent, South America. Canada has already moved to the development stage with its shale formations in British Columbia (Montney and Horn River). Mexico shares the prolific Eagle Ford shale formation with Texas, but its state-owned PEMEX has done little to develop that resource yet.

Other nations have rejected the gift of unconventional gas. Romania and Bulgaria, both heavily dependent on Russian gas, have said “no” to shale gas production, as has France. [1]

Even with the dropouts and the laggards the International Energy Agency (IEA) sees unconventional gas comprising more than 30% of total world gas output, up from today’s 11%, by 2035:

However, IEA stresses the need to adhere to its ‘Golden Rules” so as to achieve the golden age of gas.

The International Energy Agency, Paris (IEA), the energy consumers club, has waded into the shale gas controversy, proposing a set of rules for all potential producers. There are 7 rules that the IEA claims could lead to a “golden age” for natural gas:

2. Watch where you drill;

The IEA has stressed “principles” for shale gas development over detailed regulations, much to the dismay of some. [2] Indeed, the IEA is accused of that greatest of sins in the progressive hive mind: breaking no new ground. Much of what is in the IEA’s report can also be found in recent U.S. State-level approaches to shale gas and hydraulic fracturing, especially in Texas and Pennsylvania.

So Far So Good

The IEA, by not proposing fixed performance standards on shale gas producers, acknowledges the dynamic nature of shale gas production methods and technologies. There is a companion volume to the main report listing sources for regulators worldwide to reference best practices in shale gas production and hydraulic fracturing. Almost all of the best practices input comes from U.S. states and oil companies. The nations that are most negative on shale gas have had no input in this debate and have defaulted the technical initiative to the U.S., Canada, Australia and the U.K. [3]

As those of us who work in this field understand the world of unconventional gas is dynamic. Producers are continuously devising ways to improve yields, cut costs, reduce water use and use technology to devise a better mix of downhole geology and production techniques. Good regulation is mindful of the risks while promoting market-friendly solutions and technological progress.

Regulation that is “specific” would freeze the technology, much as it has done in other areas, for example power generation, where the pursuit of specific standards has paradoxically resulted in older power plants with worse technology, lower efficiency and higher emissions. Regulation that is specific could even result in raising so many barriers to unconventional gas production [4]that older, less clean coal and oil technologies were retained and promoted.

This is not the result we want for unconventional gas. Technology still has a long way to go.

… But Lack of Understanding Has Never Stopped This Administration

Just when it looks as if the “sweet spot” of technologically savvy regulation and abundant resources promises an energy future of plenty at reasonable prices, along comes the Obama administration to take away the punch bowl. New regulations on hydraulic fracturing are expected to be issued by the U.S. Environmental Protection Agency by the end of this year, conveniently after the election.

Mindless of the work done at the state level on fracturing and water quality the EPA is determined to find harm in the technique. Despite the absence of actual cases of water contamination, [5] EPA plans to do precisely what the IEA said is unnecessary – issue fixed regulations on methods, chemical compositions of the fracturing fluids, wastewater treatment methods and other items that will raise costs without any measurable benefit, freeze technology to what is approved by the EPA and reduce output. Almost all of this is now regulated at the state level or under existing tort law.

So much for the Golden Age of Gas in the U.S?

The Golden Age of Gas Means Bringing Along the Laggards

While the IEA is to be commended for resisting the siren calls of specificity and fixity in shale gas regulation in favor of principles, there is an even bigger impediment standing in the way of the Golden Age of Gas – bad government. The IEA is silent on the real obstacles to the Golden Age – corruption, overregulation, willful ignorance, the dead hand of state ownership, undeveloped markets and absent oilfield service industries.

Exhibit Number 1 Is Mexico.With declining production of oil, rising LNG imports and a good customer next door Mexico should be eagerly pursuing its liquids-rich eagle Ford shale. With its wide “mouth” of oil pointing right at Mexico, with infrastructure nearby and oilfield service companies just over the border Mexico would have to be willful to ignore this potential bonanza play.

Willful they are. Up to the present virtually nothing has happened to develop Mexico’s own sizable shale resources, including Eagle Ford. Why? Foreign operators cannot invest directly in production prospects. They can only be contractors to PEMEX, the resource owner. Still, there is hope in PEMEX that they can bring in foreign operators with a contractual device that provides some type of incentive to invest.

Exhibit #2: Argentina. This country, blessed with a variety of natural and human resources has once again found a way to destroy its future. Argentina is believed by the U.S. Energy Information Administration and USGSto possess the second or third largest shale gas resource in the world (China is first, U.S. is second or third).

However, you need investors and technology to exploit the shale resource. The recent expropriation of Repsol’s Argentine holdings along with a confiscation of private dollar ownership and pension funds puts a wet blanket on any investment that cannot pay back immediately. Moreover, the growing corruption at the highest levels of the Argentine governmentwill make any responsible company take a long look at whether this bonanza is worth potential corporate losses and few years in prison. 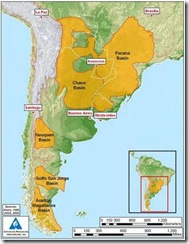 The exhibit list could go on but why flog the poor horse. The real question is whether the U.S., the pied piper of the global shale gas revolution, will join the losers. Stay tuned.

[1] With their inimitable subtlety the French have not exactly said “so” to shale gas, it’s just that hydraulic fracturing is not permitted (“on ne le fait pas”, it’s simply not done, as the French would say) as a production method.

[2]The IEA report is more detailed than this list of 7 main principles, but it does not propose specific standards or methods of production.

[3] There’s an Earl Butz joke in a similar vein.

[4] For example, the common suggestions that limits on well venting and volatile organic output be implemented without understanding the overall impact of gas production on air emissions.

[5] The cases cited by EPA in Texas and Wyoming had to be withdrawn by the Agency as actual proof of contamination was absent. In general, the case against hydraulic fracturing comes down to a handful of accidents and incidents of negligence, improper well casing and cementing and improper impoundment of the spent fluids.