“Hydrocarbon fuels will remain essential for modern air travel. So-called sustainable aviation fuels are expensive, produced in negligible volumes, and provide CO2 savings only on paper. As such, they fail the real sustainability test of affordability, plenty, and reliability.”

Air travel is a miracle of our modern society. In 1620, the pilgrims took 65 days to cross the Atlantic Ocean by sailing ship and two passengers died during that hazardous journey. Today, a single jumbo jet safely transports more than 300 passengers from London to New York in under eight hours. Millions flew to see loved ones this last Christmas. But jet planes burn hydrocarbon fuel, an energy source under attack.

Each day, more than 100,000 commercial flights carry more than 11 million passengers a combined total of 14 billion passenger miles worldwide.  More than 99 percent of these flights are powered by aviation fuel from petroleum. 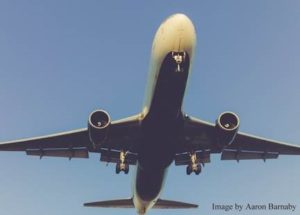 Commercial air travel poses a problem for climate change fighters. There is no viable low-carbon substitute for most of today’s air travel. The International Civil Aviation Organization (ICAO) of the United Nations warns that the aviation industry exhausts two percent of global greenhouse gas emissions. Aircraft CO2 emissions are projected to quadruple by 2050 from 2010 levels.

Government officials have long been concerned about greenhouse gas emissions from airplanes. Germany, Netherlands, and the United Kingdom, levied eco-taxes on air travel and other nations have threatened to do so. Lord Turner, past chairman of the UK Parliament committee on climate change stated, “In absolute terms, we may have to look at restricting the number of flights people take.”

Because of the growing threat of climate change-driven taxes, the International Air Transport Association (IATA), the trade association of the world’s airlines, adopted voluntary goals to reduce greenhouse gas emissions. These goals are to

2) to cap emissions through “carbon neutral growth,” and

Commercial airlines have a long history of improving fuel efficiency, an excellent goal, which reduces the cost of operations. But goals to reduce CO2 emissions are impractical.

Airlines are counting on what they call Sustainable Aviation Fuel (SAF) to provide most of the CO2 emission reductions. While traditional aircraft fuels are refined from petroleum, sustainable alternative fuels are produced from vegetable oils or biomass, such as soybeans, sugar cane, or algae. SAF is designed to be a “drop-in” fuel, able to be blended up to 50 percent with traditional jet fuel and used in all existing aircraft and airport infrastructure.

The Finnish company Neste is a leading producer of SAF, beginning production in 2011. Neste produces its fuel from recycled cooking oil. But recycled cooking oil is expensive to gather. As a result, Neste fuel is three or four times the price of traditional aviation fuel, reducing airline demand. Neste is lobbying for “regulatory incentives” to force the use of SAF.

If sustainable aviation fuels are adopted, the scale of the capacity required would be huge. According to the ICAO, replacement of traditional aviation fuel from hydrocarbons with SAF would require 170 new large bio refineries to be built every year from 2020 to 2050 at a cost of up to $60 billion per year. Today, far less than one percent of global aviation fuel is a sustainable version.

But it’s not clear that “sustainable” aviation fuels will significantly reduce CO2 emissions. When traditional aviation fuel combusts, about three tons of carbon dioxide are created from each ton of fuel. When SAF is burned, about three tons of CO2 is also exhausted for each ton of fuel. So how can it be that the use of sustainable fuels reduces emissions?

Sustainable advocates promise carbon savings by assuming that combustion of biomass is carbon neutral. Their logic says that plants grow and absorb CO2 from the atmosphere, which is then released when SAF or other fuels are burned. But since plants grow and absorb CO2 on land not used for biofuels, converting land to biofuels double counts the absorption of CO2 from the atmosphere. SAF emissions savings are only a paperwork mirage.

Sustainable advocates want “sustainability” for you and me, but not for themselves. Tens of thousands of attendees to the recent climate conference in Katowice, Poland arrived on commercial and private planes from all over the world. Most of these attendees fly to climate conferences every year to collectively warn about CO2 emissions.

At Katowice, former actor Arnold Schwarzenegger, who flew to the conference, stated that he wished he could “be a terminator in real life, and be able to travel back in time and to stop all fossil fuels when they were discovered.” In the past, Schwarzenegger owned as many as four Hummers at one time. As governor of California, he flew on a private jet for three hours each day from the capitol in Sacramento to his home in southern California.

Hydrocarbon fuels will remain essential for modern air travel. So-called sustainable aviation fuels are expensive, produced in negligible volumes, and provide CO2 savings only on paper. As such, they fail the real sustainability test of affordability, plenty, and reliability.

Despite powerful concerns about the need to fight climate change, it is unlikely that renewable fuels will ever be a major source of aviation fuel. What is politically correct is far too economically incorrect.

Steve Goreham is a speaker on the environment, business, and public policy and author of, most recently, Outside the Green Box: Rethinking Sustainable Development.