Part I of this series reviewed the historical context of the U.S. nuclear waste storage policy. Part II and Part III historically reviewed the ill-fated Salt Vault and Yucca Mountain projects, respectively.  This post reviews the legal and political fallout from the Yucca Mountain failure, and Part V tomorrow will explore failed attempts to reprocess nuclear fuel in the U.S. and examine the global state-of-the-art reprocessing plants now operating or under construction.

Ratepayers Pay to (Not) Play 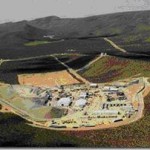 The nuclear industry is unique among energy producers in its contractual commitment to cover the full costs for managing its waste. The Nuclear Waste Policy Act (NWPA) of 1982 directed utilities to levy fees on electricity generated by nuclear power and to pay those fees into a federal Nuclear Waste Fund (NWF) that was to be used to develop and operate a national repository. In return for the payment of fees, the NWPA directed the federal government to accept ownership and begin disposing of the spent nuclear fuel (SNF) and other high-level waste (HLW) no later than January 31, 1998. Those fees included the cost of transporting SNF to the repository.

Since 1983, consumers of electricity from nuclear power plants have paid approximately $32 billion into the NWF. Consumers in Alabama and Georgia, for example, have sent more than $1 billion to the NWF and continue to contribute over $44 million a year. The current balance in the NWF exceeds approximately $22 billion, and consumers nationwide are contributing about an additional $750 million a year. The difference between total collections and the current balance is roughly equal to the approximately $9 billion already spent on preparing the Yucca Mountain site to date.

The key unanswered question: Is the federal government responsible to reimburse ratepayers for the cancellation of Yucca Mountain? The U.S. Senate Committee on Environmental and Public Works weighed in on this issue in 2008 and prepared an estimate of the potentially huge long-term liabilities. The committee estimated additional liabilities of $7 billion by 2017 and $11 billion by 2020 should Yucca Mountain be cancelled.

The committee’s estimates seem to be in the ballpark, given the torrent of federal lawsuits that have been filed by utilities. First up was the suit filed by Energy Northwest in 2006. The U.S. Court of Federal Claims ruled on March 5, 2010, that the DOE owes Energy Northwest nearly $57 million in damages for breach of contract involving the former repository. The amount awarded offsets costs incurred by Energy Northwest to construct a used fuel storage area at its Columbia Generating Station Unit 2, located in Hanford, Washington. The court found the breach of contract was the failure of the DOE to begin accepting SNF from nuclear power plants in 1998 when Yucca Mountain was to be in operation per the DOE’s “Standard Contract” with nuclear power plants.

The Energy Northwest suit is the first of more than 60 similar suits filed by nuclear utilities. If each nuclear plant in the U.S. received the same award as Energy Northwest did for Columbia, then almost $6 billion would be owed to those utilities to cover future costs of storage and processing.

If Not at Yucca, Then Where?

If the desolate Yucca Mountain location (on federal land) is unacceptable, can there possibly be another politically acceptable location for such a repository in the lower 48 states? Probably not. However, the second paragraph of the DOE press release describes the next steps in the process that the DOE has been directed to take: “President Obama is fully committed to ensuring that the Nation meets our long-term storage obligations for nuclear waste,” said DOE General Counsel Scott Blake Harris. “In light of the decision not to proceed with the Yucca Mountain nuclear waste repository, the President directed Secretary Chu to establish the Blue Ribbon Commission on America’s Nuclear Future to conduct a comprehensive review of policies for managing the back end of the nuclear fuel cycle and to provide recommendations for developing a safe, long-term solution to managing the Nation’s used nuclear fuel and nuclear waste.”

If we are enlightened by history, this committee will be unable to identify a politically acceptable site within the two years given to produce a final report. We believe that, absent suitable representation from the utility industry — Exelon’s John Rowe is the only utility representative on the 15-member commission composed mainly of former politicians and political appointees, five university professors, and several think tank associates — the process will be troubled from the start. The commission is being co-chaired by former Congressman Lee Hamilton, who represented Indiana’s 9th congressional district from 1965 to 1999 and served on the 9/11 Commission, and Brent Scowcroft, who served as the national security advisor to Presidents Gerald Ford and George H.W. Bush.

Once the interim report is released in 18 months (and rest assured the candidate locations will be leaked early and often), the extreme political pressure on Chu will surely delay the final report.

This commission’s report is reminiscent of the Energy Policy Act of 2005 and its provisions for identifying “Corridors of National Interest.” In that case, the DOE prepared an interim report for the Federal Energy Regulatory Commission (FERC) listing perhaps a dozen regions where FERC should take action to enforce construction of interstate transmission lines when they were blocked by individual states. Within weeks, political fallout caused the draft report to be removed from the DOE website. When the DOE report was finally issued many months later, only two regions were listed. Moreover, absolutely no further progress has been made over the past two years.

Why should we expect faster progress by the DOE on a much more contentious issue than power lines? In addition, the time given to committee members to complete their work is out of balance with that of past studies. Also, witness the fine hand of Nevada Senator Harry Reid. Withdrawing the Yucca Mountain Nuclear Regulatory Commission (NRC) application “with prejudice” eliminates that site from further consideration by the Blue Ribbon Commission.

Underlying motives are always unclear when blue ribbon commissions are appointed. Yes, the political landscape has changed since a similar location survey was completed about 20 years ago — that one identifying Yucca Mountain by name in legislation as the nation’s SNF repository. Nevertheless, appointing this blue ribbon commission and apparently pushing for a new long-term SNF repository was an excellent strategic move for the administration. If the federal government does not continue its quest for a long-term repository for SNF, then ratepayers are due a $33 billion refund from the NWF (plus interest, we would assume, since 1983). Furthermore, each of the nuclear utilities will sue for the cost of providing individual long-term on-site storage of SNF, transportation, and other costs, if they haven’t already.

We believe the total liability of the federal government could quickly surpass $50 billion plus operating costs of the many facilities in perpetuity should a Yucca Mountain replacement not be found. Pursuing a new repository appears to push into the future these NWF repayments and reimbursements caused by DOE’s contract breach with each nuclear plant owner.

In Part V, we look at the spotty history of nuclear fuel reprocessing in the U.S. and how the U.S. has fallen decades behind other countries in reprocessing infrastructure.

Portions of this post were first published in POWER magazine and co-authored with Contributing Editor James Hylko.