“The proposals offered thus far for adoption at the UN Paris conference to drastically reduce world GHGs and hydrocarbon use by 2050 are fatally flawed, unrealistic and impossible to achieve without destroying the world economy.”

[Editor note: The first part of this post ran yesterday at MasterResource.]

Policy prescriptions for drastically reducing carbon dioxide (CO2) emissions, to keep global temperatures from increasing by 2° or 3° Celsius (3.5 to 5.5° Fahrenheit), are based on unverified computer model projections, which are themselves based on the much-contested assumption that carbon dioxide now controls Earth’s climate.

Even if that assumption is correct, however, eliminating fossil fuels over the next 35 years would reduce world per capita GDP to only about 4% of what it is otherwise forecast to be, under a “business as usual” scenario. That is, it would slash global average economic growth by 96% – with likely devastating consequences for the living standards, health and life spans of billions of people. 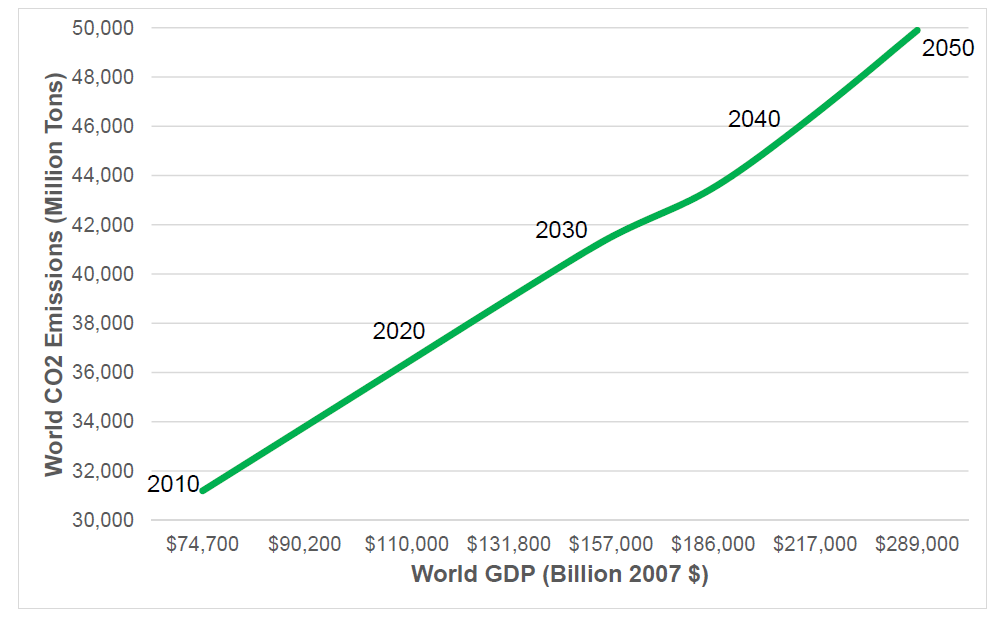 Figure 2:  Per Capita GDP Implications of the 2050 GHG Reduction Goal

Even assuming a two-fold increase in decoupling GDP growth from energy consumption (based on improvements in energy efficiencies) would cause 2050 world per capita GDP to fall to about $2,400.[2] This would be roughly equivalent to:

In fact, reducing global 2050 CO2 emissions to 90% below 1990 levels implies that average world per capita GDP would be reduced to levels below those in many of the world’s most impoverished nations, such as Bangladesh, Ethiopia, Haiti, North Korea, Uganda and Yemen today! (Figure 3)

Many of the less developed nations in Asia, Africa and Latin America would experience per capita GDP levels less than half of the 2013 per capita levels of the these poorest nations.

This means family incomes would plummet, to levels unheard of in the modern era outside of the world’s most destitute regions. Modern technologies would remain, but most American and European families would not be able to afford them. Indeed, many would be forced to choose between heating and eating, medicines and clothing, playing the piano and burning it to cook their food and heat their homes during the colder winters that many scientists predict will soon arrive, because the sun appears to have entered a new cooling phase akin to what occurred during the Little Ice Age, 1350–1850.

The proposals offered thus far for adoption at the UN Paris conference to drastically reduce world GHGs and hydrocarbon use by 2050 are fatally flawed, unrealistic and impossible to achieve without destroying the world economy.

Accordingly, 2050 fossil fuel utilization, world GDP – and hence people’s living standards – would have to be reduced to a tiny fraction of what they would otherwise be.  Such an outcome is unacceptable to every country.

Indeed, it would be immoral and inhumane in the extreme, and a violation of people’s most basic human rights.

world living standards in 2050 would be reduced to a level that experienced in most of the world more than two centuries ago!

Average world per capita GDP would be reduced to levels below those now found in the world’s most impoverished nations. Moreover, many of the least developed nations of Asia, Africa and Latin America would experience per capita GDP levels less than half of the 2013 per capita levels of the these poorest nations.

These are the real-world implications of “reducing GHGs to 80-95% below 1990 levels by 2050.”  They are so draconian as to be infeasible and impossible. They are immoral and inhumane.

These hard realities help explain why India will not agree to any proposed treaty that attempts to restrict the use of coal for generating electricity – and why Germany is pushing ahead with the construction of new coal-fired electrical power plants, inaugurating a new 1,600-MW plant just this week.[3]

They also explain why Democrat and Republican U.S. Senators have introduced a resolution stating that any deal negotiated in Paris will have “no force or effect” in the United States, unless lawmakers fully consider it under the “advise and consent” provisions of the Constitution.

The resolution puts the United Nations and world on notice that neither Congress nor the American people support any agreement that compels the USA to reduce its carbon dioxide emissions, restrict its energy options, or contribute to a “global climate fund” that pays poor countries and emerging economic powerhouses $100 billion per year to help them adapt to climate change, mitigate its harmful effects and compensate them for damage allegedly caused by the wealthy nations that used “destructive” fossil fuels to build their industries and infrastructures and achieve the standards of living they enjoy today.[4]

Nevertheless, world leaders gathered in Paris beginning November 30 are determined to hammer out a punitive treaty that will keep billions of people impoverished, send billions more into abject poverty, and ruin Western economies – while the Islamist terrorism continues.

This cannot be allowed to happen.

[2] This is based on the seminal work of Angus Maddison, Contours of the World Economy, 1–2030 AD:  Essays in Macro-Economic History, Oxford University Press, 2007. http://www.ggdc.net/MADDISON/ other_books/Contours_World_Economy.pdf