“The UN’s ‘Deep Decarbonization Pathways’ … will require a radical transformation of economic and energy systems by 2050, through massive declines in carbon intensity in all sectors. It is not about modest or incremental change [but] … major changes in every country’s energy and production systems, over both the mid-term and long-term.”

Radical Islamist terrorists just maimed and murdered hundreds of people in Paris, dozens more in Mali, still more in other nations. They promise more atrocities in the United States and around the globe.

Meanwhile some 40,000 bureaucrats, politicians, scientists, lobbyists, activists and journalists plan to enjoy five-star Parisian hotels and restaurants, while attending COP21, the twenty-first UN Climate Change Conference, from November 30 through December 11. Like President Obama, they insist that humanity faces no greater threat than climate change. Some are even saying that ISIS attacked Paris to disrupt the climate confab.[1]

The professed goal of COP 21 is a binding universal agreement on climate from all nations, supposedly to reduce greenhouse gases (GHGs) dramatically and thereby limit any computer-modeled global temperature increase over the next century to just a couple degrees above current levels. Their intention is that, by the end of the Paris meeting, all nations will be bound by the climate agreement, with implementation to begin in 2020.

A number of goals, milestones and schedules are being considered and proposed as mandates, at least for developed countries, to keep “dangerous” manmade global warming below 2° C (3° F). Among them:

The UN is developing “Deep Decarbonization Pathways” to determine how individual countries will supposedly be able to transition to low-carbon economies.[8]  Such “Deep Decarbonization” will require a radical transformation of economic and energy systems by 2050, through massive declines in carbon intensity in all sectors. It is not about modest or incremental change. It requires major changes in every country’s energy and production systems, over both the mid-term and long-term.  All of these emissions reduction goals are ambitious in the extreme; for example, by 2050: 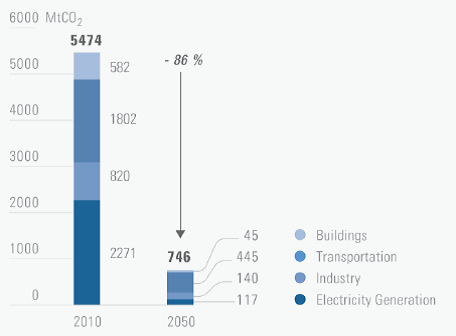 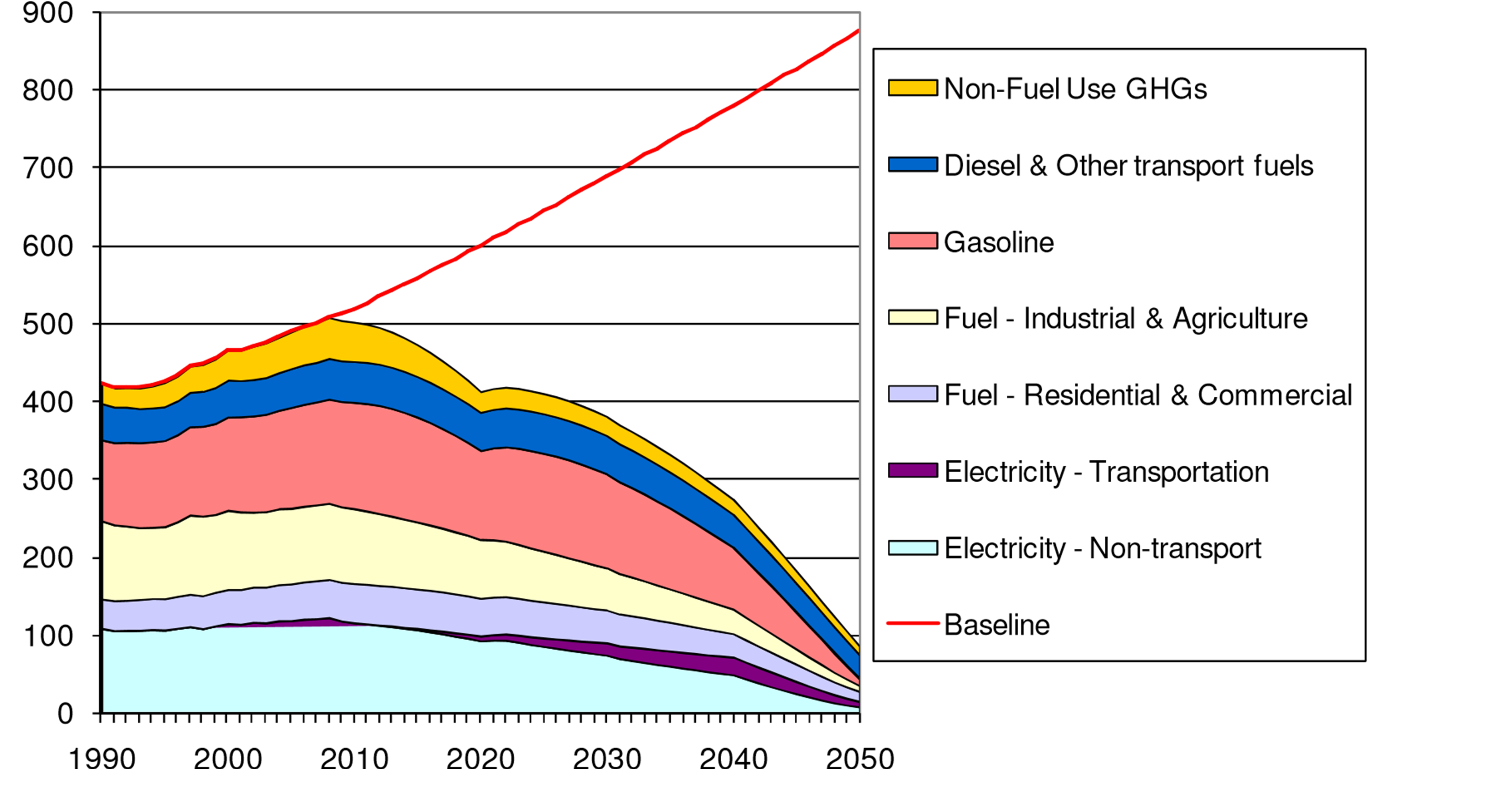 The essential historical and future necessity of fossil fuels

Without adequate supplies of accessible, reliable, affordable fossil fuels, none of the industrial, economic, health and human progress of the past two centuries would have been possible. Fossil fuels saved whales from extinction, facilitated successive industrial revolutions, created the modern world, shaped advanced technological societies, and enabled the high quality of life many people take for granted.

Over the past 200 years, largely because of hydrocarbon energy, human populations increased eightfold, average incomes rose eleven-fold, and average global life expectancy more than doubled: from less than 30 in 1870 to more than 70 today. A fast-paced video by Swedish physician, statistician and professor Hans Rosling dramatically presents this progress.[12] Concurrently, CO2 emissions increased 2,800-fold, to 8.4 billion tons/year – and atmospheric CO2 concentration rose from 320 ppm to nearly 400 ppm.[13] (Figure 3) This higher carbon dioxide level has improved the growth of food crops, forests and grasslands.

Hydrocarbons still provide 81% of world energy – and the positive relationship between fossil fuels, economic growth and CO2 emissions is strong. In fact, hydrocarbons support $70 trillion per year in world GDP.  Seminal research has concluded that “Ours is a high-energy civilization based largely on the combustion of fossil fuels,”[14] and that “The theoretical and empirical evidence indicates that energy use and output are tightly coupled, with energy availability playing a key role in enabling growth.”[15] 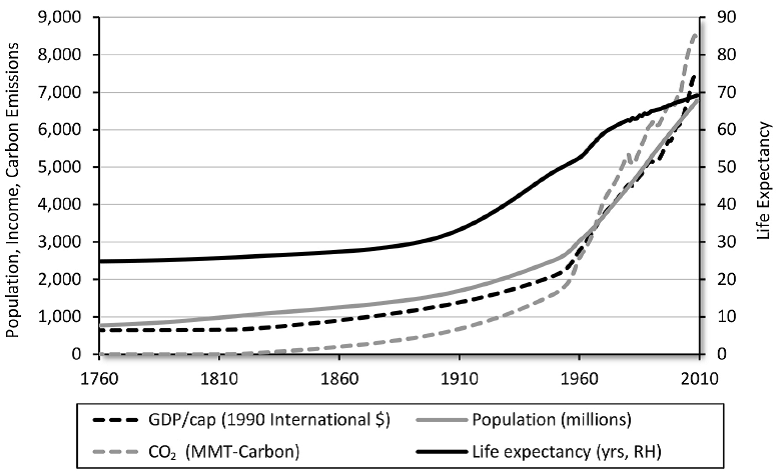 According to all major forecasts, fossil fuels will remain the principal sources of energy worldwide for the foreseeable future, and will continue to supply 75-80% of the world’s energy. Demand for oil, natural gas and coal will increase substantially in both absolute and percentage terms over the next several decades, with China, India, Japan, Southeast Asia, and even Poland and Germany leading the way on expanded coal use in Europe.[16]

Fossil fuel requirements will increase greatly over the next several decades. Continued world economic growth, increased per capita income and rising living standards absolutely require this. All major forecasts, including those of the EIA, IEA and OECD predict that, for decades to come, energy, the economy and CO2 emissions will be closely linked, and fossil fuels will continue to provide about 80% of world energy.[17] (Figure 4)

That means global carbon dioxide emissions, and atmospheric concentrations of this vital plant-fertilizing trace gas, will continue to increase – even if the United States completely eliminates its use of oil, coal and natural gas.

[3] “We seek to share with all parties to the UNFCCC the vision of […] the goal of achieving at least 50 percent reduction of global emissions by 2050.”  G8 statement released July 8, 2008. http://www.theguardian.com/environment/2008/ jul/08/climatechange.carbonemissions.

[19] This is based on the seminal work of Angus Maddison, Contours of the World Economy, 1–2030 AD:  Essays in Macro-Economic History, Oxford University Press, 2007. http://www.ggdc.net/MADDISON/ other_books/Contours_World_Economy.pdf