Rapid industrialization spilled pollution across China’s cities, rivers, and skies. Market-reforms in the 1980s opened first agriculture and Special Economic Zones (SEZs) like Shenzhen to local enterprise and overseas investors. Market reforms and factories then expanded across China, bringing prosperity but also pollution from mining and manufacturing. Through the first decades of reform, pollution seemed far less important than jobs when wage rates even in 1990 yielded an average income per person (GNI) of just $330 a year. By 2000, average income had nearly tripled but was still just $940 a year, and by 2015, average income was nearly eight times higher than that–$7,930. 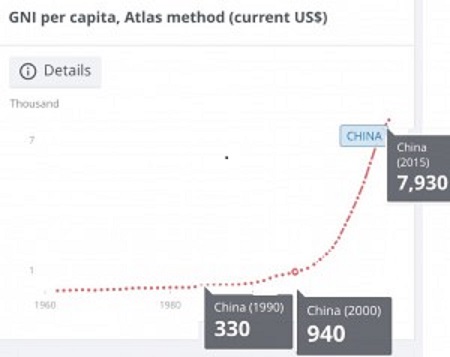 Hundreds of millions migrated from rural China to new assembly plants and textile mills. An estimated 200 million migrant workers still form the “floating population” of informal labor. China’s astonishing economic progress has been uneven, but it lifted these hundreds of millions out of extreme poverty. 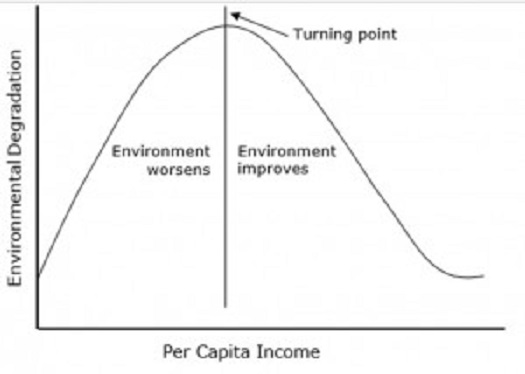 But as incomes pass $6,000 a year, empirical research shows countries invest in reducing pollution (the environmental Kuznets curve), even if it slows economic output. See, for example, “Does the Environmental Kuznets Curve for coal consumption in China exist? New evidence from spatial econometric analysis” (Energy, Volume 114, 1 November 2016, Pages 1214–1223). From the Abstract:

Rapid industrialization in countries with weak rule-of-law institutions brings costs, including heavy pollution of the air and water. Early on, though, pollution was seen by most as a good thing, a sign of industrial progress, production, and rising wages and job opportunities.

In Nevil Shute’s novel, Ruined City, a shipbuilding town on the English coast, whose companies had gone bankrupt in the Great Depression, is said to be: “as clean as a sepulcher,” (a small room or monument, cut in rock or built of stone, in which a dead person is laid or buried). 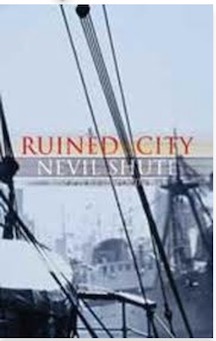 The factories were closed so there was no more smoke and noise in the air, but also no more jobs and income. Laid-off shipbuilders and others were out of work, out of income, out of hope, and mortality rates had soared. (In the novel, a hospitalized financier arranges new orders to bring shipbuilding, and the city, back to life.)

Attending an economics conference in Beijing in 1995, I had time between sessions to walk city streets and shopping areas. One street with vendors in small stalls offered books, movies on VHS tape, shivering dogs, and one stall with just a pile of coal. For maybe fifteen minutes I watched shoppers filling bags with coal in order to cook and heat their nearby Beijing homes.

Most people of Beijing are far wealthier now and incomes higher. Average income in China is approaching $10,000 a year, but in 1995 average income was just $540. People in the cities are now far wealthier, but not far from Beijing, households still burn coal to heat their homes. Increasing incomes and expanding access to inexpensive electricity is key to reducing Beijing pollution.

Reducing emissions from heating would be among the most effective ways to limit winter smog besides cleaning up industry… Coal-burning by households is particularly dirty because it often happens without the emissions filtering required in power plants. …

But Ms. Gao, whose husband earns about $500 a month at an auto plant, soon noticed a downside.

“Electric heating has become our family’s biggest expense,” Ms. Gao said. She said she may seek a job to help pay the bill.

Despite electricity subsidies for residential consumers, villagers interviewed about their state-supplied heaters said their overall costs had risen substantially. Several said it costs around $300 to heat their homes for the winter, compared with about $200 with coal.

China’s migrant workers, the”floating population,” migrated informally (illegally) to cities for factory jobs. They earn more than they could in their rural villages, but Bloomberg reports: “Food and clothing make up nearly half their personal spending,” which is just $7 a day.

Anything that adds to the cost of electricity pushes poor workers living around Chinese cities to shift to burning coal in their homes for heat.

Thursday’s announcement was missing any language on curtailment, or the amount of electricity generated by wind and solar that never finds its way to the country’s power grid. In China, wind power curtailment was 19 percent in the first nine months 2016, Mr. Myllyvirta said, many times higher than in the United States, where curtailment levels are often negligible.

[China] lowered its solar and wind power targets for 2020, a reflection of how record installations of renewables have overwhelmed the ability of the nation’s grid to absorb the new electricity …

The rapid growth in capacity has left China struggling to integrate power supplies from renewable sources even as the government continues to promote clean energy as an alternative to more polluting fuels like coal and natural gas.

China idled 33.9 billion kilowatt-hours of wind power last year, up 69 percent from a year earlier, the NEA said in August. Idled capacity at solar farms has also begun to appear, especially in the nation’s northwest, it said.

See also Bjorn Lomborg’s op-ed “A ‘Green Leap Forward’ in China? What a Load of Biomass,” critical of China’s spending on solar and wind energy, even as coal use expands:

It is peculiar—though unsurprising given the sensibilities of Western environmentalists—that those who celebrate China’s “Green Leap Forward” almost always focus on wind and solar technology. By far the largest source of renewable energy used in China is traditional biomass—that is, people burning charcoal, firewood and dung, as China’s poor do to stay warm. Biomass is the biggest source of killer air pollution in the world.

The Chinese government energy policy goals aim to reduce air pollution around Chinese cities, and also to reduce CO2 emissions to address climate change. These goals overlap, but are not the same. Wind farms and solar installations don’t emit air pollution, but neither does less-expensive natural gas combined-cycle power, which can be located closer to cities and customers. New coal power plants emit less air pollution, especially compared to the dense pollution from antiquated coal-fired power and home coal burning.

China’s push to lead the world in wind and solar power combined a push for promoting domestic companies making and exporting solar panels and windmills, with a strategy to appeal to environmental organizations upset that China had become far and away the largest emitter of CO2.

U.S. CO2 emissions have dropped 12 percent since 2005, according to the U.S. Energy Information Administration, but China’s CO2 emissions increased significantly over the same time. 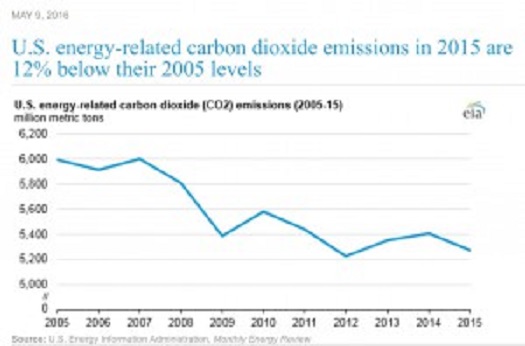 Total carbon emissions in China already equal the emissions from the U.S. and the E.U. combined, however, the per capita emissions are still significantly lower than that of the U.S., but are approaching the average level of the E.U. countries. (p. 1) 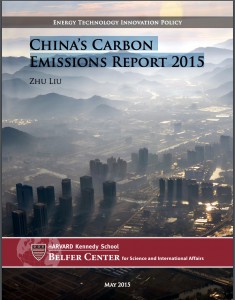 The Belfer Center report cover and first pages have images of heavily polluted Chinese cities, but these show air pollution not CO2 emissions. China’s business and government leaders have long feared that influential environmental organization could join with US and EU labor unions, and protectionist manufacturers associations, to enact new tariffs on Chinese exports, including carbon taxes (taxes on CO2 emissions), which would hit Chinese manufactured goods hardest.

Now the new Administration and Republican-controlled Congress are dialing back on CO2 emissions concerns and regulations and at the same time threatening new tariffs on Chinese goods. So China’s strategy of major spending on wind and solar power to address CO2 emissions loses traction as a strategy to persuade environmental groups not to join US and EU protectionists.

One Comment for “For Still-Poor China, Coal Pollution from Home Heating”